Julia Jarmond is an American journalist and mother of an 11-year-old girl. She is married to Bertrand, a French, and lives in Paris in the 2000s. The writes a history novel and finds that her life became deeply entwined with one Jewish little girl, whose happy family was torn apart during the bloody days of France in World War II.

She finds out that she lives in the home owned by that Jewish girl family and try to dig into the past of her French husband’s family. Piace by piece she discovered all little traces of young Sarahs life.

Sarah’s Key is a novel by Tatiana de Rosnay, published in 2007. It has been translated into 38 languages for now.
This is the ninth novel of the Franco-British writer and the first she wrote in English (under the title of Sarah’s Key).

History of the “Sarah’s key”

Tatiana de Rosnay begins to work on “Sarah’s key” in 2001. By doing first sketches she met people who have lived near this Franch tragedy – the notorious Vel’ d’Hiv Roundup, wish has happened in 1942. “I spent some very moving moments” – the author said. As she sad she even felt the need to take some refuge in her native language to evoke the terrible past of France.

Tatiana de Rosnay wrote the “Sarah’s key”novel between July of 2002 and March of 2003. But between January and May of 2005 she completely reworks it.

The book was denied by the former editor of the novelist, Plon, then by Bernard Fixot. Then the writer seeks a US agent, who also can not find a publisher in the United States. Eventually the “Sarah’s key” was published in 2007.

A film adaptation of the same title has been planned for nearly two years. Filming lasted from summer to the end of the year 2009 and was directed by Gilles Paquet-Brenner. Its release was held until 13 of October 2010. 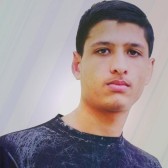